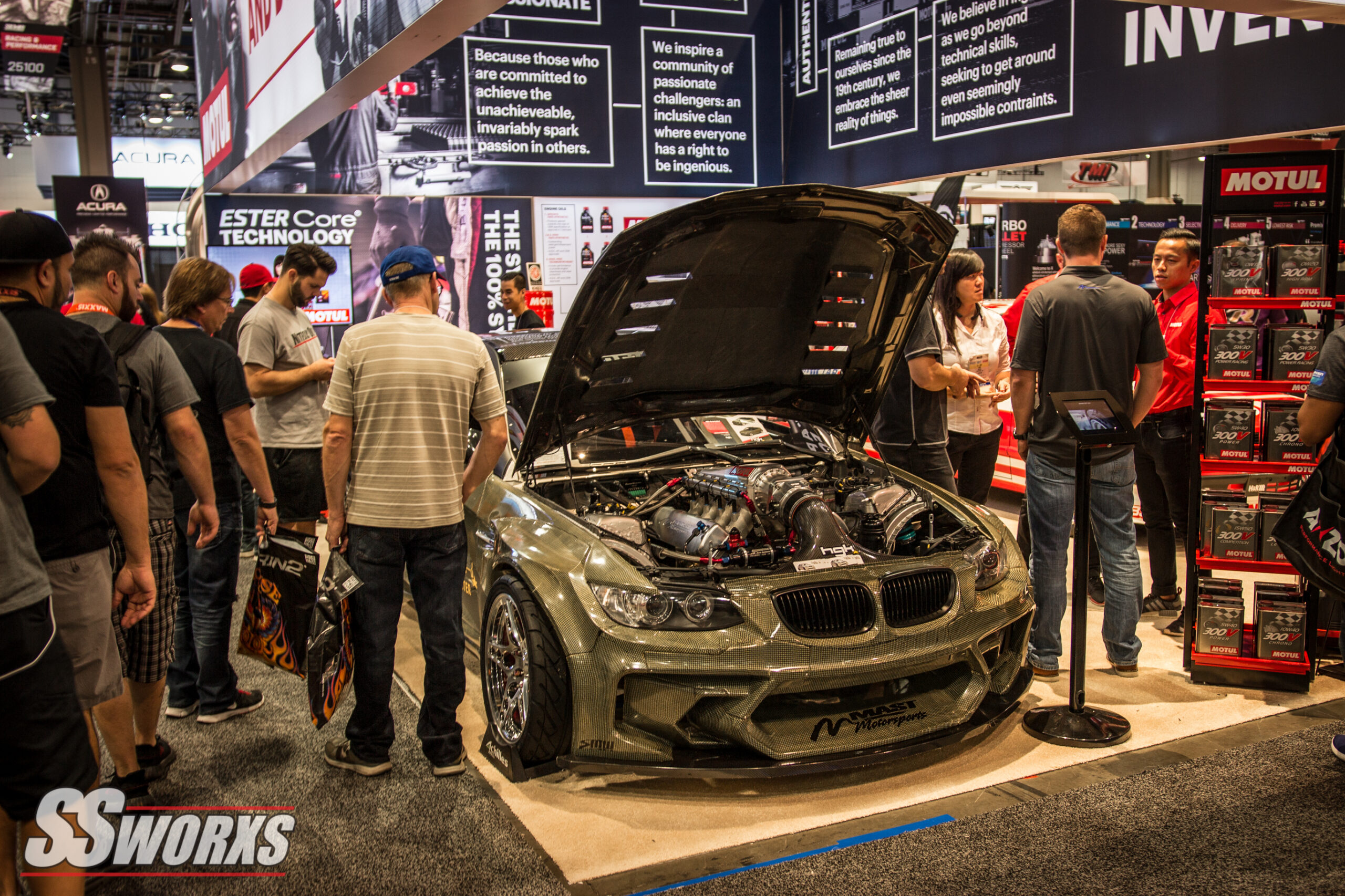 Getting some of the Sema Coverage during This years 2017 at las vegas convention center. Every year there always something different and brand new coming along for next year Automotive aftermarket industry. This is where companies small or large display their upcoming products for 2018 or to show off their builds for the world to see. Tons of Spectators fly around just to be here in Las Vegas for this week of automotive heaven.

Rays had this Porsche 911 GT3 On display with their lastest Wheel setup at the mackin Industry Booth!

Satsukawa-san of a-bo-moon getting in the lime light of SEMA at the Zestino booth. Popular with their team back in Japan and in the USA. This R32 Using the RB engine sounds amazing sliding around.

Micheal Essa at the achilles booth for Display after a full season of Formula D Irwindale.

King with a very nice display on top of South Hall around the 4×4 / off road section of SEMA.

Greddy Booth had the VW on Display with a very and clean Pandem Rocket Bunny Kit .

Greddy gives out to New car Models around the Global market with their european cars and Featuring the Civic SI new exhaust system and GT86 intake setup!

Tons of people Lined up and walking around to get to what extra free stuff they can and also get to do business in getting what the future can give them.

Fortune Auto has one of the best booths around SEMA ! Their S15 RB26 powered machine was a very well built car.

Prestone had one of the uniquely done cars at their booth

Ghost Motorsports had on display From Ferrari , Subaru and to Ford Mustangs! definitely diverse.

Up onto Display was this wildly wrapped GTR R35 at the ROHANA booth.

Standing out from the other Cars and with Air dropping it to the floor.

This Rare R30 was a Favorite with the Crowds at SEMA. Done by wild Cards with a Set of Enkie RPF-1 wheels for display.