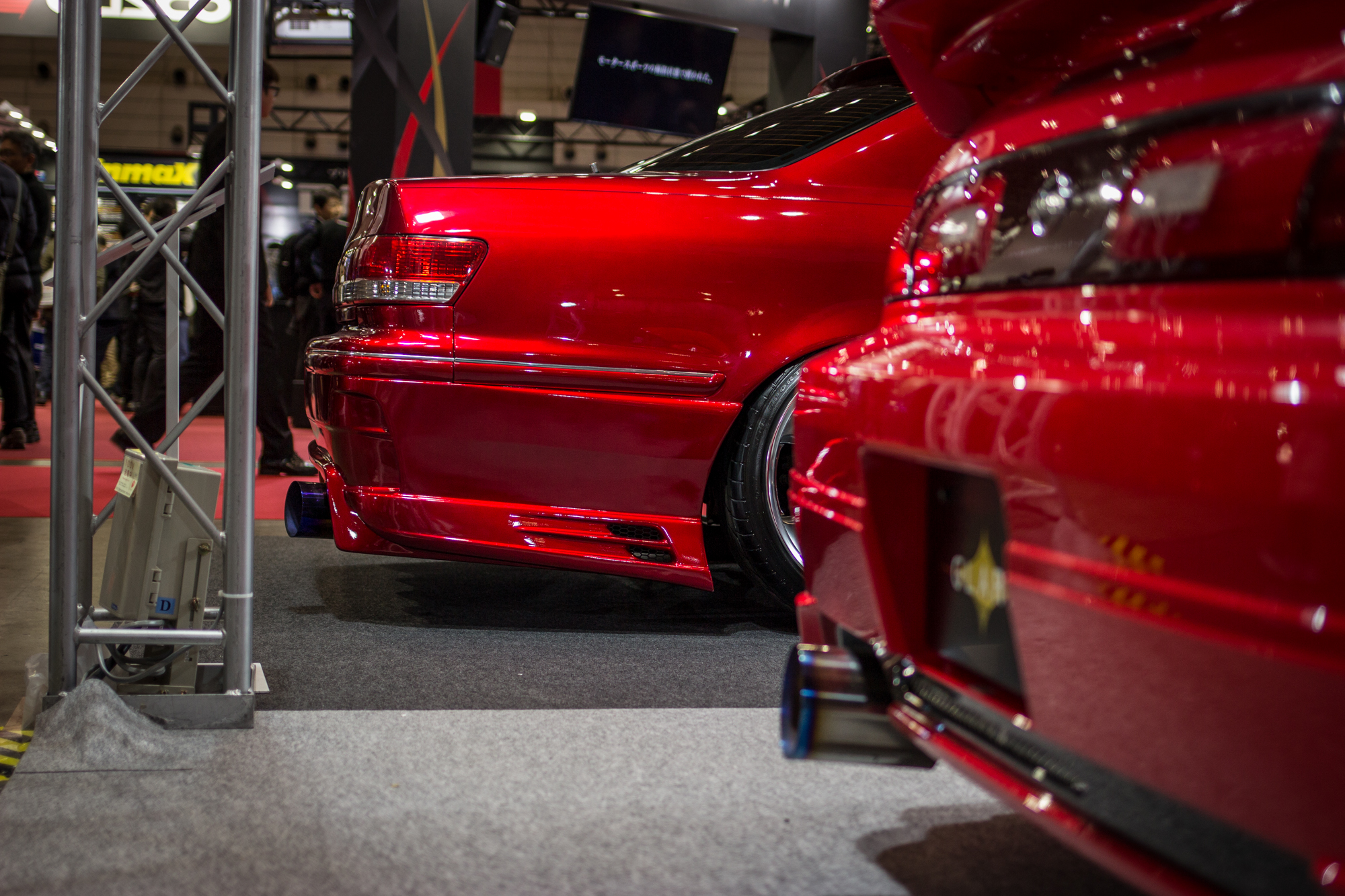 Thank you for following up with us on our blogs .

Tokyo Auto Salon each Year brings up all the wild and innovative tuners around the Kanto region and beyond.

This is where people all around the world come in and check out whats new in Japan. 2018 has ton of new cars.

Coming in the Morning and there already a full line of people waiting to come and check out the show! From Media to Salary man at the auto messe.

One of the cars that was one of the best around is Car Modify-Wonder S14 Zenki. this is the first time around that he brought a Zenki model out. Also the long awaited Shadow Kit for the JZX100 Mark II model.

The Details on these cars as so amazing even the pictures can only capture the jist of them.

Only in Japan, Bride Seats come in all material and sizes. you dont get to see an all brown suede bride seat state sides!

Tokyo Auto Salon on the First day was extremely packed!! This was media day and it was already more attendance then last years event.

this Re Kit Mazda Rx7 was very detailed and the amount of aero was nice to see!

The Debut HKS GT-86 was on Display. Afterwards going out to do some time trials to battle some records!

Star Road coming out with the Datsun Fairlady Z kits and showing off their demo cars for 2018!

Noted, The Toyota supra was nearly everywhere and there were so many variations to making this 90s japanese muscle car shine!

Uras came and really had a line up for the Nissan Silvia S15 and the variety of body kits and fender flare , aero options to choose from!

Ken nomura was geting some love with some thai models. short video segment from others.

Rocket bunny Pandem , had an all white demo car display from the R35 to the Honda EG-6 civic.

along the lines of attendees Got to pose with the wonder cars!

Takashi Haruyama of Car modify- Wonder and Jun – Ichi of hardcore having a chit chat before some more photoshoots prior.

last off He was excited to display the new Shadow kits for Tokyo auto salon!

hope to see you guys soon at the next event!