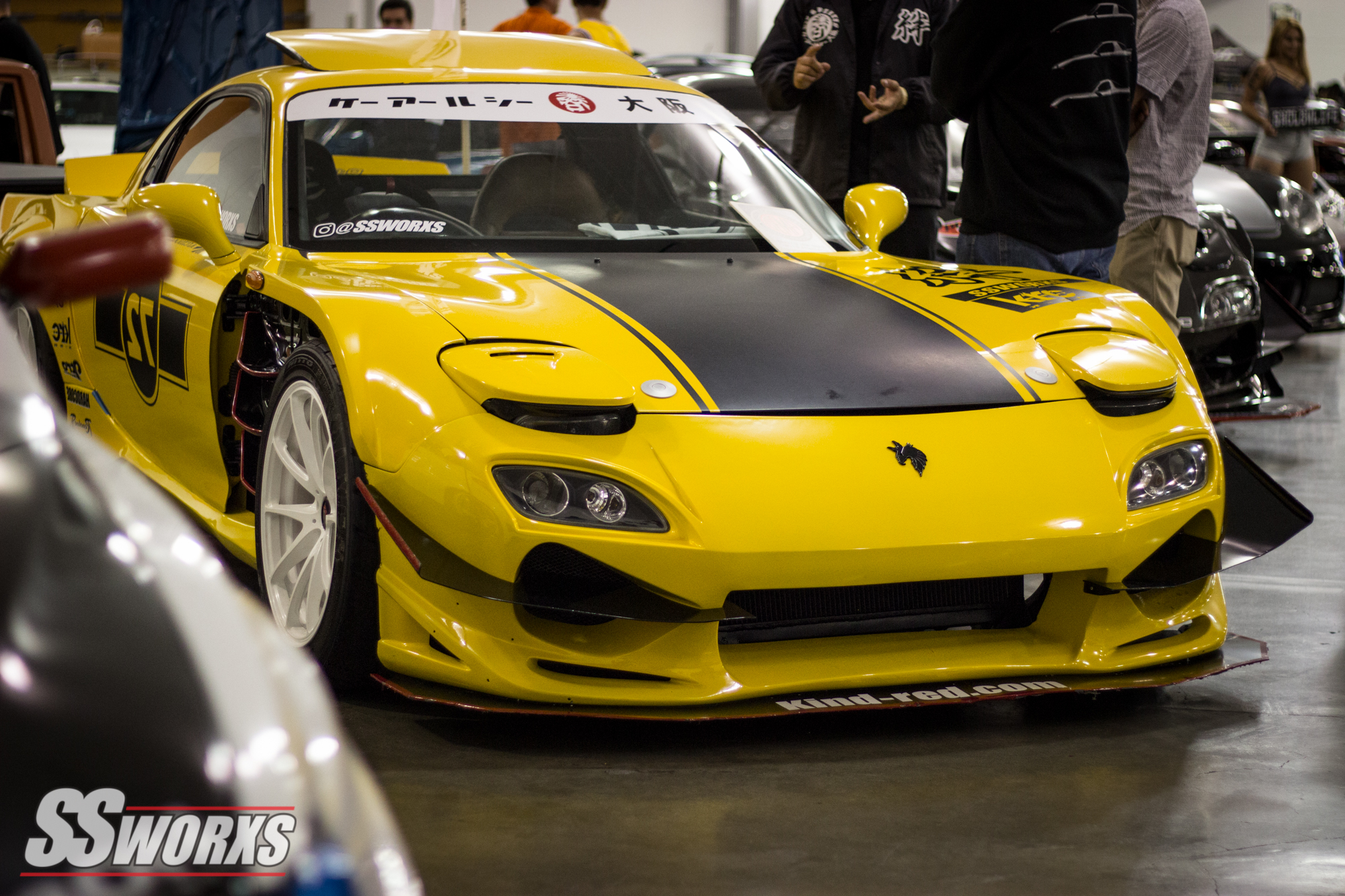 WekFest San Jose is one of the biggest car show events in nor cal that everyone looks forward to. Wekfest has been on going for years and this was our first time entering and it did not disappoint. We were able to enter both KRC Modified RX-7s Zeitsui and 02D.

Our Travel Starts back at the shop before hand getting some Gas for the 02D!

Didnt hurt to get some photos in!

Some Quick adjustments and Ready to rock to San Jose.

Tagging along with us , We had Carlos with the 521 Datsun Truck. having an aggressive offset wheels and SSworxs fender flares and Engine hooks.

Its one of the lowest Datsun Trucks I seen Being Static in the Datsun Community.  Having a hybrid swap Nissan  KA24DE this datsun picks up quick.

we had to stop by and Snap a Few pictures with the 02D at a local vineyard.  The 02D power plant is a Ls powered Mazda Rx-7 with a KRC Modified Body kit With Rays Wheels. This Demo car by Krc modified is no Slouch.

Onward to the trip , about 45 mins in Finally we had made it to San Jose Convention Center.

already was a huge line from vendors to Car entries for wekfest.

We came sooner then expected but that was best for the fact the wait line and times were ridiculous long with the summer heat. We took our time to unload and get the double RX7s in line.

Track Spec cars came in for the Wekfest event . Specializing in their Track purpose built cars this was their first time entering a car show event.

There were quite a bit of the cars were trailered in for the event , as to not damage them for their show quality points.

This NSX owner also came from a recent event from a track day for Wekfest San Jose.

Sunday’s Event was a Huge turn out . In definitely this years event was look forward to and Lines were circled around the building. One end to the other.

As The event Draws Through out the day tons of crowds get to see the KRC RX7s.

after the event we did a quick shoot. Pretty awesome to bring in awards for both cars and to have it featured in Wekfest San Jose. we will be back soon!

Quick Shot after the Event with Our new trophies ..

Driving back from San Jose afterwards and of course wouldnt be without going to a ramen spot .